This devotional is from the “Rest Ministries” vault and showed up as a ‘memory’ on Facebook from January 27, 2014!!

It seems as relevant as an encouragement now as it was then - at least in my life where much transformation is going on!

“Do not conform to the pattern of this world, but be transformed by the renewing of your mind” (Romans 12:2a).

Scripture’s account of Jesus’ first miracle at the wedding feast at Cana is compelling. Jesus loved a celebration. Although He felt that his time to manifest God’s glory had not yet come, He knew His Father’s heart that the celebration not be spoiled.

Jesus and water are themes throughout Scripture.

Immediately after His baptism in the Jordan River, He was led by the Holy Spirit into the wilderness where Satan tempted Him for 40 days. The anointed waters of baptism surely nourished Him to resist.

When adversities pound into my life, I am exhorted to: “Consider it pure joy, my brothers and sisters, whenever you face trials of many kinds” (James 1: 2).

How can I count the daily afflictions “as joy” had I not the strength of the Holy Spirit’s blessed presence–a wine transforming my watered weaknesses for God’s purposes? It is a surrender impossible without my trust in Him.

My life, no longer full of vitality that I once knew, can cause me to feel much like the jars of clay filled to the brim with plain water. Though water is life giving, when celebration is the dress for the day, what am I to do with the feelings that I have been left out?

I can remember Mary’s words to the servants at that Cana feast. “Do whatever He tells you” (John 2:5).

God asks me to trust the miracle of His living water within me, more powerful than wine, but also the fruit of the Vine I cling to.

God trusts me! Best I keep learning by trusting Him so that I can can be ready for His transformational miracles that will change my life.

Prayer: Lord, only You have the power to make the changes in my heart and life that will most richly honor You. My heart’s desire is to be still and to let Your power unfold miraculously. Amen.

Posted by Lynn Severance at 1:23 PM No comments:

25. Serving the Lord with Gladness

Make a joyful noise to the Lord, all the earth! Serve the Lord with gladness! Come into his presence with singing!
(Psalm 100: 1-2 ESV)

As I read this verse, I recall early August of 1987 when I was diagnosed with an aggressive form of breast cancer. I was emotionally numb, awakening from surgery to this startling news. The following day, after a sleepless night, a stirring turned me to a flicker deep within. I whispered, “Lord, help me. My eyes are upon you.”

I had a deep encounter with the Lord, who came gently with his still small voice. He had to reveal to me what I was feeling. Each emotion was addressed and counsel given. I later realized that He had personally taken me through the first part of Scripture’s 2 Chronicles 20.

Therein, Jehoshaphat and the people of Judah are awaiting enemy armies that totally outnumber them. Feeling powerless, they turn to the Lord for help.

I relaxed knowing I could confidently face
my overwhelming enemy.

The people of Judah and I experienced victory
over a beaten foe.

He reminds me very often that the enemy is beaten.
I am not.

Prayer:
Lord, help me continue to make a joyful noise, praising you. Your faithfulness is known, received, cherished, and everlasting. Amen. 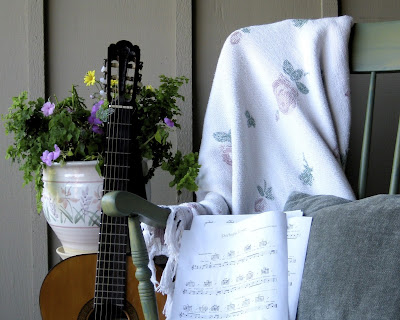 Lynn L. Severance.”Seeking the Light of God's Comforter When Challenges Dim Our View” 25. Serving the Lord with Gladness.” Redemption Press.

Posted by Lynn Severance at 10:46 AM No comments:

May your unfailing love be my comfort, according to your promise to your servant. (Psalm 119: 76)

Each day brings variants to what we may experience. There are times that stun us in what arrives unexpectedly. We cry out for a place to turn for comfort and calm.

This verse is a plea to access God’s unfailing love, a promised comfort.

For some, their challenges create intentional daily pleas. Others will plead as challenges  emerge.

Here are a few of God’s promises.

Nowhere among these and other promises from God’s Word, does it say how He will fulfill them. My life’s road may twist and turn causing me to wonder how He is working. I may not sense his presence or have any sense of hope.

My body and heart can become weary.

Yet I know God is love— the greatest of his gifts. I know He is faithful. I need but look back to promises fulfilled from my past pleas. They are recorded in my daily journals and are embedded within my heart. They give cause for praises, thanks, and hope in knowing that I can confidently trust him.

“In the morning, Lord, you hear my voice; in the morning I lay my requests before you and wait expectantly” (Psalm 5: 3).

I desire to be his devoted follower. Even when I falter, He never does. His love never fails nor do his promises. God is honing my unconditional love for him as He fulfills his promises. He’d rather I focus on this than on my feelings or understanding of how He will bring fulfillment.

With my trust and faith in him, we share confidently on the road to his revelations. I have made a promise to follow him, no matter the cost.

Indeed, both of us are promise keepers! 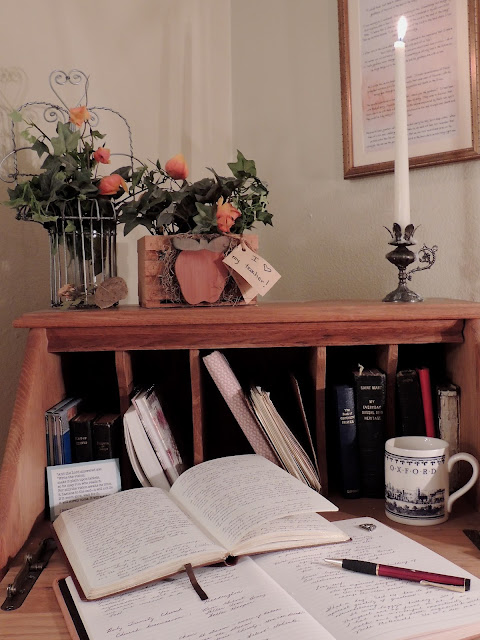