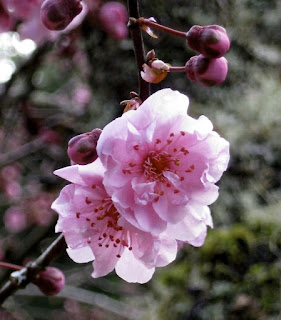 In July of 2010, I began a journey towards the hopeful publication of my devotional book, Seeking the Light of God’s Comforter. . .When Challenges Dim Our View.

Oh, the twists and turns these past five years have held. It has been a roller coaster ride with open doors, then closed doors, then an open door only to have it (and more) close.

The Lord kept me motivated and believing, even when my feelings would be drooping and wondering. There was a dormant year and then a potential open door came to my attention in July of 2014.

That open door was a self-publishing company “in the making” and I knew the man at the helm and believed with him, and for him and his business partners, as they worked. I had been asked to come on board with them when all was ready.

Waiting with some tangible realities was still a waiting time, but one that appeared hopeful for all concerned.

The end of August of this year, word came that their endeavor had to be surrendered. It was a great disappointment to the ones who had worked so hard for nearly 2 years to bring their dream of creating the publishing company to fulfillment. True, it did have ripple effects for me but mostly I was focused on these other individuals who were needing to let go of their dream.

During the year of 2014, as I waited on that self-publishing door to open, I was aware of Redemption Press -  a company in my geographic area. I am acquainted slightly with Athena Dean, the Director and Co-founder of this company. I know some history of how this company had risen out of the ashes of a dire set of circumstances that had affected many lives - lives now healed and whole again and thriving.

They named their company well for, indeed, it was a redemption of what they had been through.

So, I got redirected!!

Redemption Press had not been in existence during those years of my own journey of twists and turns and open doors and closed doors yet God keeping me believing - even through some drooping times.

God knew back in July of 2010, when He started my journey toward publication of our book, what was waiting to unfold - not only in my life along the way but how He was working in the lives of the individuals that now comprise Redemption Press.

He needed the time to work - His timing - so that we could all meet up at the intersection of the fulfillment of the dreams.

I sought out information from Redemption Press and found the right answers and a seemingly ready-made “family” right in my own backyard. Personal attention will be a plus when working with facts and figures and questions.

On Tuesday, October 13th, I had an hour phone consultation with Athena Dean Holtz. With all my years of preparation, I had  the information she needed to work up a pre-publication proposal which arrived the next day!

I had already been revising and editing my manuscript weeks before and am, as I write this, still working toward completion this weekend of the major text parts.

Redemption Press is ready to take those and get them going to their copyeditor.

My book cover, which I designed, has been approved - so grateful - and in time a graphic team will take over with that and my photos to get all of the book formatted.

The process is fascinating and it is a testimony to God’s faithfulness in bringing the right people together at the right timing - His promises to fulfill.

In awe of God’s faithfulness - I share this good news!

Leave a note to help us all sing! What are your thoughts?